" Toad found himself flying through the air with the strong upward rush and delicate curve of a swallow. He liked the motion, and was just beginning to wonder whether it would go on until he developed wings and turned into a Toad-bird, when he landed on his back with a thump, in the soft rich grass of a meadow."

Unfortunately,  that was only the Toad's wishful thinking, and those thoughts came to a sudden end as Toad landed on his giant toad head with a great WHUMP! And all went black.

His friends had him hauled to hospital. The mischievous Toad was tied to his bed while white coated stoats probed, plumbed, and pickled the Toad's pate. Why was he such a naughty Toad, and what could be done to keep him from doing such things anymore?

Then, suddenly, the leader of the stoats, a weasel by the name of Dr. William (pictured here in Aspen), was heard to say, "Whoops!" and the bustling room,  filled with stoats and friends and all kinds of doodads and whatamacallits went silent, broken only by a little "Pop!" "Whoops!" said Dr. William again,  this time a little quieter.

Well now the Toad was in real trouble. His eyes rolled about in his giant head and he coughed and sputtered with his one good lung. In came another crew of stoats,  like clowns in a circus car. Scurrying here, dashing there, all in a bustle and full of hustle and soon Toad loked like a porcupine,  bristling with all manner of tubes, probes, and lines.

Toad for the Road 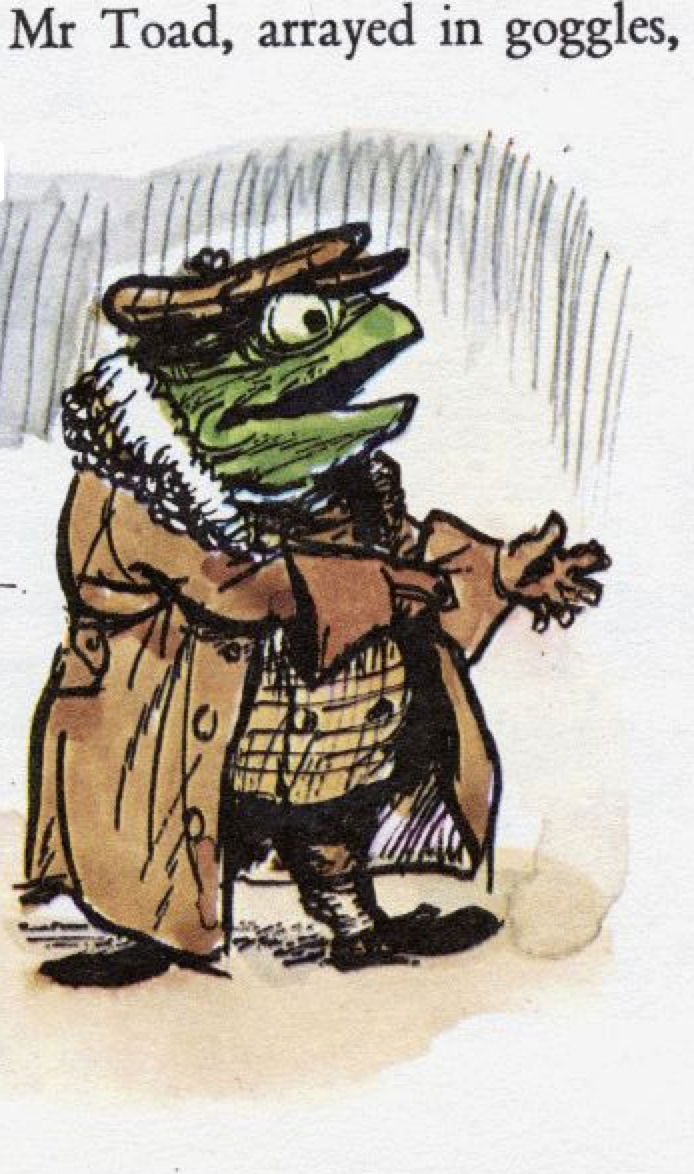 A Note About The Toad

This is a blog, and for those too "bewitched, entranced, fascinated" to have taken notice of such, weblogs are sequential, meaning you are burrowing back in time as you read them. The first entry, if you joined us late, is The Toad Arrested

Credits and a bit of explanation can be found on the page dedicated to The Architect and I encourage you to promptly review the information offered there, 'ere fretting that credit due in our frenetic age, has been overlooked.